Have you made your plans for a Quilt-cation in Knoxville, Tennessee, during the AQS Quilt Expo, July 22 - 25, 2009? What a great place for a family vacation - there is something for all ages.

Knoxville, Tennessee is a mid-sized city along the Tennessee River just outside of the Great Smoky Mountains National Park. The Park has 520,000 acres that encompass more than 850 miles of trails for hiking and horseback riding; 735 miles of streams for fishing; many developed and back country campsites; spectacular scenery and views from peaks over 6,000 feet; several visitors centers with interpretive exhibits and artifacts. This is the most visited National Park in the U.S. 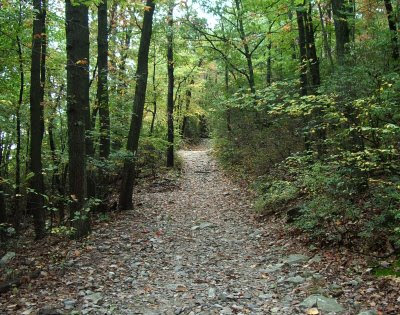 Wayne and I have taken the driving tour through the Park several times and have been lucky enough to see some black bears...once we even saw a mother bear and two cubs strolling across the road. 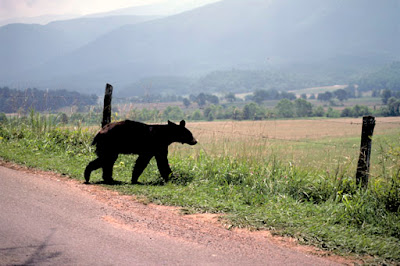 An afternoon drive will give you some scenic views of the waters rushing right along side the roads. Cade's Cove is an eleven-mile loop that offers 4,000 acres of the best the park has to offer. In addition to the lush natural landscape, you'll run across several preserved historic structures, churches dating back to the 1800's, and a working corn mill that is open throughout the summer. 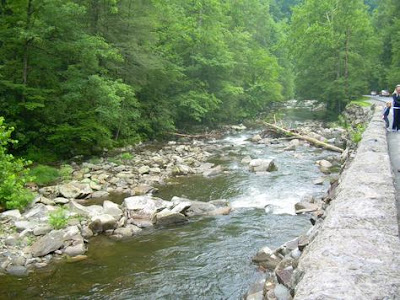 Or, if you want a city tour, there is plenty to see there too. Take the children to the Knoxville Zoo, or if history is your thing, visit the Civil War Bethel Cemetery or the Museum of Appalachia - the most authentic and complete replica of pioneer Appalachian life in the world. In nearby Oak Ridge, TN, you'll find the American Museum of Science & Energy - a friend told me not to miss seeing this museum. 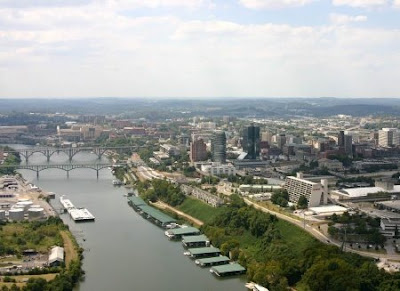 Next to the Knoxville Convention Center (the location of the AQS Quilt Expo) is the Sunsphere, a golden glass ball that was built as the signature structure for the 1982 World’s Fair. It is 266 feet tall and has 26 stories. The actual ball itself houses only five levels. There is a restaurant in the top of the Sunsphere, along with a great view of the city! 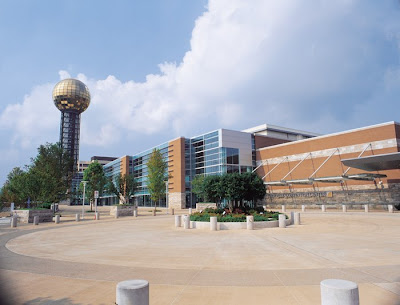 There is a lot of history in Knoxville. Founded in 1786, Knoxville was named for the first United States Secretary of War Henry Knox. Ten years later, after Tennessee's admission to the Union, Knoxville served as the capital of the state until 1819. Today Knoxville is the seat of Knox County and the third largest city in the state of Tennessee with approximately 184,000 residents. Its nickname, "the marble city" comes from the pink marble supplied by Knoxville quarries to build such famous structures as the National Art Gallery in Washington, D.C. 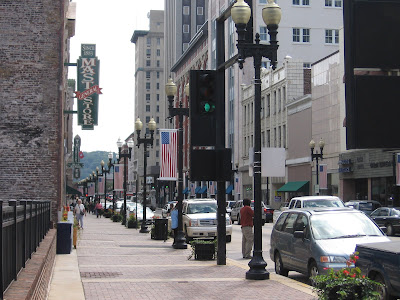 And you won't want to miss a stroll in downtown Knoxville...and a visit to Mast General Store that has big barrels of candy like we used to buy as kids. Just up the street is the Knoxville Visitor Center, where you an stop any weekday and listen to live music at lunch time, as well as pick up some great Knoxville souvenirs.
And to top off all that the city has to offer, there is the AQS Quilt Expo at the Knoxville Convention Center. The AQS Quilt Expo offers hundreds of quilts on exhibit, a gigantic merchant mall, and lectures and workshops - open from Wednesday, July 22 through Saturday, July 25. Check out the AQS Web site, http://www.americanquilter.com/ for more information on the show.
Do you have your reservations made yet for your QUILT-cation? Join us in Knoxville, Tennessee.
We'll see you there July 22 - 25!
Bonnie Browning & all of the AQS Quilt Show staff - Terry, Marcelle, Mary Beth, Kelly, Tracey, Erin, and Laura
Posted by Latest News from AQS at 12:15 AM